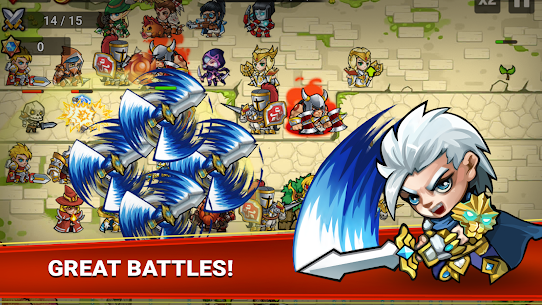 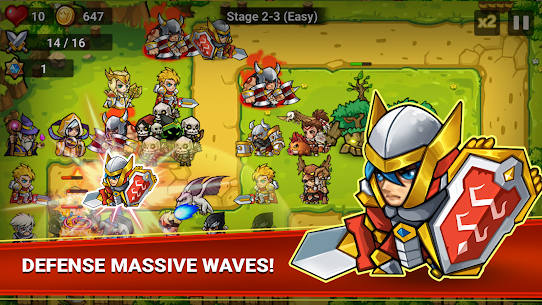 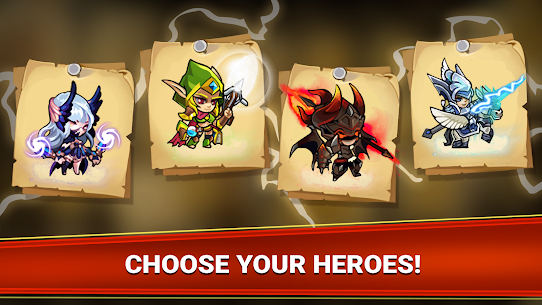 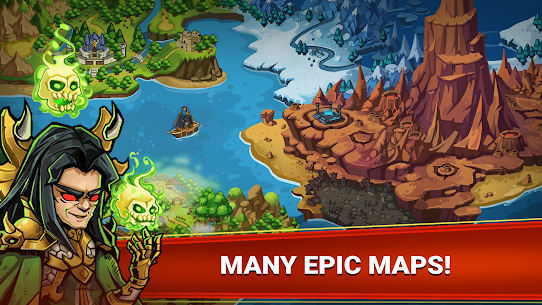 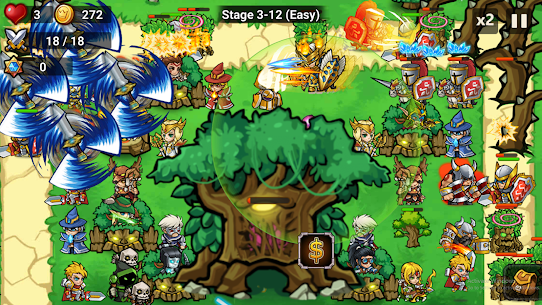 Defend your empire from zombies and monsters in this fun tower defender strategy game offline!
Are you ready to start an open-world adventure with the most epic defender heroes and fights?
It’s time to recruit many defender heroes to fight, defender and win in defense games offline.

THE GREAT DEFENSE 💪
DEFENSE HEROES: Defender War Offline Tower Defense is a tower defense strategy offline game with a very special defense genre but the gameplay is extremely simple: touch – drop – upgrade. Build your lines and interrupt each wave of bloodthirsty enemies. Remember to carefully consider where to place your hero defense in defense games offline.

TD STRATEGY CHALLENGES ⚔️
Carefully prepare your strategy for enemy operations. Your mission is to touch the most strategic positions to build an invincible army of defender heroes to protect the route. If you do not quickly come up with appropriate defensive tactics, you will soon be defeated by the number of monsters and bosses who cause defender war will constantly increase rapidly. Be careful on your hero defense way!

SUMMON LEGENDARY HEROES 👥
With 6 main generals including 60+ warriors, each defender hero has different preeminent skills. Recruit, summon your generals and use the most appropriate defensive tactic to take advantage and unleash incredible incredible powers in game offline.

AWAKE YOUR DEFENDER HERO ⚡️
Do not forget to upgrade and awake your royal warriors to gain an advantage in the fighting battle in this unique offline game Defense Heroes. When strong heroes combined with smart tactics will help you easily win each battle between the two empires.

MAGIC SKILLS 💫
The system of magic skills of defender heroes is extremely diverse, such as pushing monsters down the cliff, shooting from trees, freezing enemies, healing teammates or increasing money in the game screen will help you win in each match. Offline game – Tower defense!